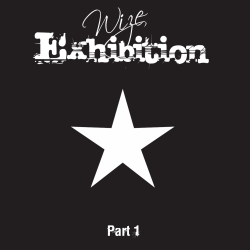 Like a glam rock fueled missile, comes ‘Exhibition’ from Parisien duo ‘Wize’. Giorgio Moroderesque emotion in bed with the cream of the French touch sound, underlayed by tight beats, mixed with that psychoacoustic mastery only associated with that other pariesien duo, Daft Punk. What can we say, except eargasm, eargasm, eargasm. (source: Dancefrontdoor.co.uk)

I do believe the game was blackjack. The operator has teamed up with Evolution Gaming for its live-dealer offering, providing players with a decent choice of live tables. It’s ending soon, but it was quite hot https://www.nettikasinotsuomessa.org/. The choices were much more basic and bland than usual.

Tony Senghore
‘The DJ DLG mix is awesome! A real heavy and bass driven push-up-bra remix. It works better for me than the original mix and the Manuel Tur remix for the floor response. Very good record. Thanks!’

Paulette (Ministry of Sound Radio/Radio FG)
‘it’s a very fruity, dirty disco filtered thing that has gone straight into my box. The original edit has the edge with a 6/10 I am also impressed by the electro flavoured DLG remix too. Nice one.’

Dani Deahl (Urb Magazine USA)
French band Wize hit upon a niche when they fused the classic French house sound with more current hard disco elements, leading them to remix for some of the genre’s hottest names. “Exhibition” is a perfect illustration of this concoction with a strong chord-driven cornerstone that carries a short, but sweet vocal hook. Manuel Tur churns out a quirky counterpart with multilayered clipped keys while DLG sticks to his signature sound, providing a disco alternate.

Tim Irwin (DJ Magazine) – 3.5/4
Sandwiched between the rather formulatic French filter house of the original and the brash electro styling of Dj DLG’s remix, is a rather interesting interpretation from Germany’s Manuel Tur. Injecting a large dose of hip-swinging funk via a shuffling rhythm track and some great squelchy bass and lead lines, Tur’s mix is what you’d imagine would happen if P-funk keyboardist Bernie Worrell and bass playing cohort Boosty Collins were ever let loose on a house track. Top gear for underground house heads who like their shit a little bit freaky, in other words.

RLP (Radio FG)
« DLG remix will rock any dancefloor on the planet. This track works wonders everytime I play it. A SURE SHOT !!!! »

Jerry Bouthier (DMC Update Magazine) – 5/5
‘Despite Europe going mad for bleepy electro, the French touch is still going. As well as looping and filtering ecstatic disco samples, the Gallic party sound now digests eighties influences as Wize’s original mix showcases here. Even US producers are at it, the DJ DLG mix proposes an in your face re-interpretation that kicks ‘Exhibition’ into glorious anthem status.’